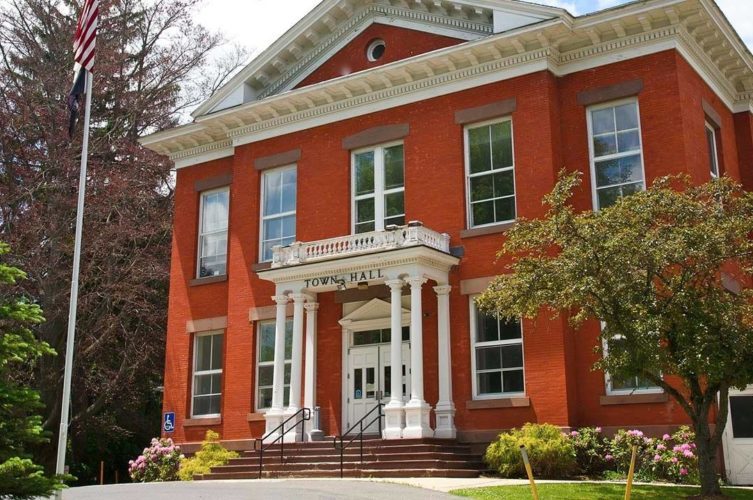 GREATER BARRINGTON – As required to do, Great Barrington’s Senior Board of Directors annually undertakes the ritual of deciding whether or not to give tax relief to resident owners to the detriment of second home owners. And the measure was rejected every time.

The idea of ​​giving partial exemption from property tax to those who live in Great Barrington – as opposed to those who own property in the town but actually live elsewhere – was discussed again at the committee meeting. last night’s selection, but this time with more details and examples of the impact of the so-called “residential exemption“if ever the selection committee had actually adopted it.

Ross Viviori, the city’s principal assessor, brought in consultant Mike Quinlivan, who has served as treasurer, collector and coach in several cities in eastern Massachusetts, to provide an overview of the residential exemption and its implications. Click here to see Quinlivan’s presentation, with digital examples of who would benefit and who would pay more.

Watch the video of the Great Barrington Selectboard meeting last night. Fast-forward to 9:50 a.m. to see the discussion on the residential exemption:

Selection committee chairman Steve Bannon stressed that council would not decide the issue at last night’s meeting and that if council wanted to consider passing it, another meeting, and possibly a public hearing, would be expected.

Quinlivan analyzed a database for the city’s 3,456 plots. He pointed out that the residential exemption is meant to be income neutral, so if it was ever passed and the amount of property taxes paid by residents of Great Barrington were to be reduced, taxes paid by non- residents would necessarily increase to make up the difference.

Fourteen municipalities in Massachusetts – all located in the eastern part of the state – have adopted the residential exemption, representing 18% of state residents: Barnstable, Boston, Brookline, Cambridge, Chelsea, Everett, Malden, Nantucket, Provincetown, Somerset, Somerville, Tisbury, Waltham and Watertown. The city selection councils can enact the exemption by simple majority; the measure does not need to go to the municipal assembly.

“It just shifts the tax burden between the plots,” Quinlivan explained. “Primarily, this will relieve low value plots that are owner occupied… and move them to higher value, non owner occupied residential properties. These would be second homes, rental housing, apartments and vacant land.

Quinlivan said it’s also important to note that an owner of an apartment building who does not live in the building would be considered a non-resident, so the owner would have to pay the highest rate. raised. Presumably the landlord would increase the rents to cover his losses.

Quinlivan said of the 3,456 Great Barrington plots, 1,801 (or 58%) would qualify for the exemption. For more information, see It’s not that simple: Is a progressive property tax possible? The column, based on the WSBS radio show starring Ed Abrahams, a member of GB Selectboard and Pedro Pachano, a member of the Planning Council, gives insight from city moderator Michael Wise, a former Federal Trade Commission attorney, who suggested the residential exemption associated with the split tax rate as a means of shifting the tax burden.

At the end of last night’s meeting, two members of the public spoke out against the concept. Peter Franck, architect and resident of Lakeview Road, noted that in addition to the recent discussion regarding the project restrictions on short-term rentals, “There seems to be a general hostility I feel towards people who are supposedly non-local.”

Franck also noted that such antipathy does not bode well if the city tries to identify a developer who might be willing to renovate the Housatonic school, especially if there are apartments in the building. “As someone who has invested a lot of money in the community, as an architect and who has renovated a lot of projects, I find that really disheartening. said Franck.

“It shoots us in the foot or both kneecaps,” Elitzer said. “This is exactly the wrong message to send to the people we would like to attract to the city.”

After the meeting, City Manager Mark Pruhenski told The Edge he expects the jury to accept the residential exemption at a later date, “but the fiscal year 23 budget process will be our priority for the moment”.