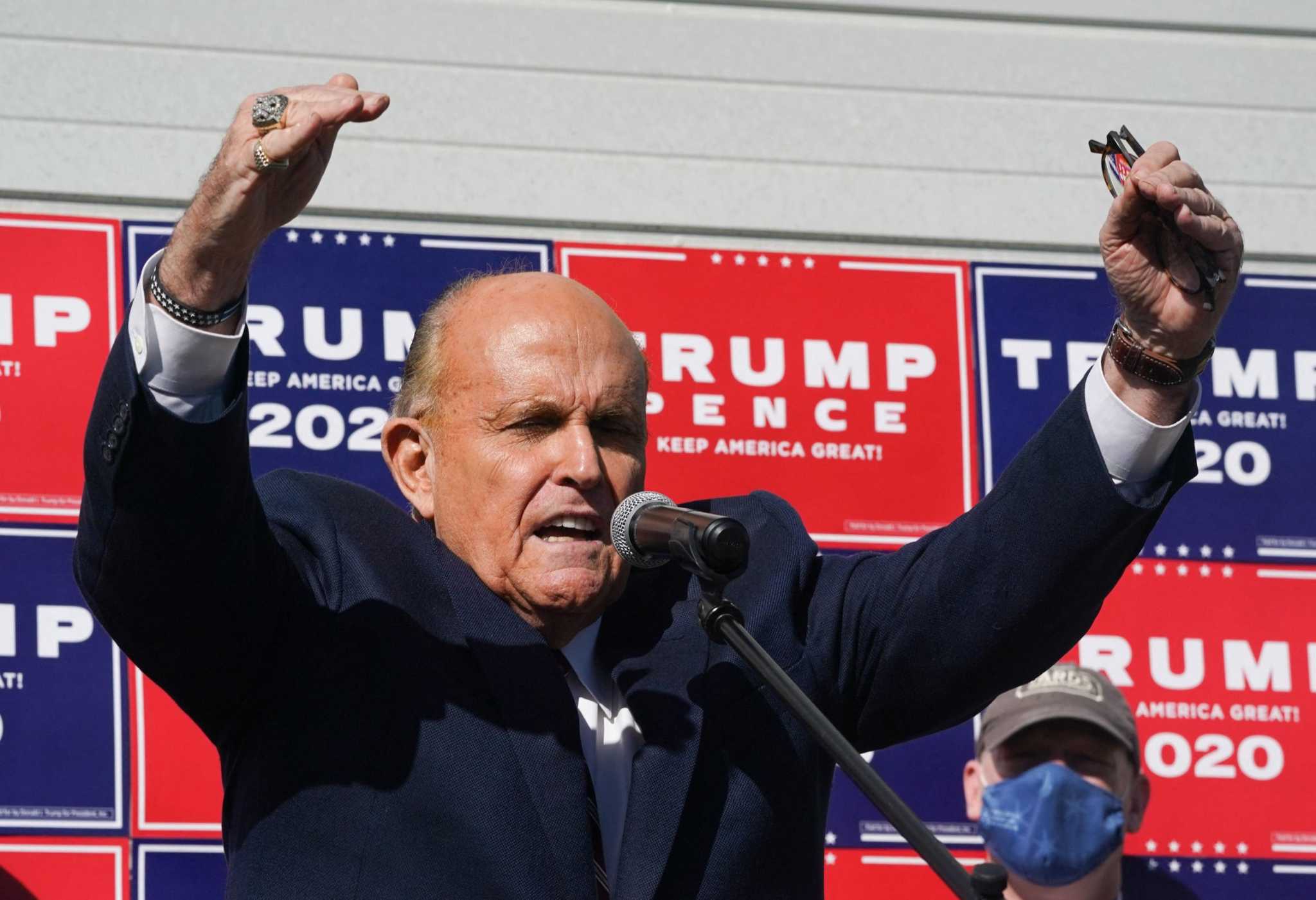 FBI agents visited the Santa Cruz County home of a Scotts Valley entrepreneur who has been linked to Donald Trump’s lawyer and a film project about President Joe Biden’s son on Tuesday.

The FBI said in a statement to The Chronicle on Saturday that it could “confirm that the FBI was present” at the Aptos home of George Dickson III to “conduct court-authorized law enforcement activities.” He declined to say what this activity was or if anything had been seized from Dickson’s home “due to the ongoing nature of the investigation.”

Dickson, 64, has ties to Trump’s attorney and former New York City mayor Rudy Giuliani. Mother Jones reported in May 2020 that Dickson was trying to help Giuliani raise money to finance a negative film about Hunter Biden.

It was not known if the FBI’s activity had anything to do with Giuliani or fundraising for the film. Dickson did not respond to an email seeking comment. Giuliani’s license to practice law in New York State was suspended on Thursday.

Dickson, a financial consultant, is also involved in businesses involving earthquake warning equipment and the marketing of retail cannabis.

On the website of his cannabis consultancy firm, Cannasortium, Dickson describes himself as bringing “40 years of experience as a successful entrepreneur and business leader to the cannabis industry, which it desperately needs.” , and as having “lifelong knowledge of the cannabis industry.” “

In February 2020, Dickson submitted a signed business application in California to register SeeView Media LLC, which he described in the filing as a “movie making” business. The request to the California Secretary of State’s office indicated the same business address as Cannasortium is listed under.

SeeView Media describes itself as a “content creator and distributor of short videos, television shows, documentaries and feature films focused on exposing government corruption.” The company’s website and social media accounts include links to a “Breaking Biden” trailer, about Hunter Biden, and a short video titled “The Joe Biden Collection.” The latter is described as “some of Joe Biden’s biggest blunders.”

SeeView has not produced anything since Trump lost the presidency to Biden.