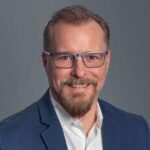 CHARLESTON, W. Va. – Pre-recorded testimony from former state health worker Dr. Rahul Gupta dominated the second day of the trial where West Virginia accuses three opioid manufacturers of having a role in the epidemic of opioids.

Addiction and emergency medicine specialist Dr. Corey Waller served as the state’s first witness on Tuesday. He appeared live via video before Mercer County Circuit Judge Derek Swope, who is presiding over the trial.

Waller testified that continued exposure to opioids is a key factor in the addiction crisis.

A slide presented by the plaintiffs to Waller asked how did West Virginia end up in the outbreak? Reasons included chronic pain experienced by residents, followed by pressure from manufacturers for the use of opioids in chronic non-cancer pain, followed by buy-in from the medical field, and then the state alleged that it turned a blind eye to the data. .

Gupta, now the US drug czar, testified at length about his ‘social autopsy’ report he wrote while he was West Virginia’s top health official, also known as historical overview of drug overdose deaths in West Virginia 2001-2015.

Gupta said that during that time, more than 6,000 state residents died of an overdose with at least one opioid in their system. He said that at the height of the outbreak, there were several different drugs found in the systems of overdose victims.

During videotaped cross-examination, Gupta said he was paid by the hour for his work on opioid prosecutions. He said at the time of the video he had earned $144,600 on the West Virginia cases and was paid more than $77,000 for working on similar lawsuits in the state of Texas.

The defendants in this lawsuit, the manufacturers of the drug, have all claimed that West Virginia has no case against them.

During opening statements on Monday, an attorney representing Teva told Swope, “Evidence will show that Teva caused no harm in West Virginia. You will hear proof that our clients were duly authorized and were never sanctioned, reprimanded or suspended for failing to meet their obligations.

The state is expected to call additional witnesses to the stand on Wednesday.