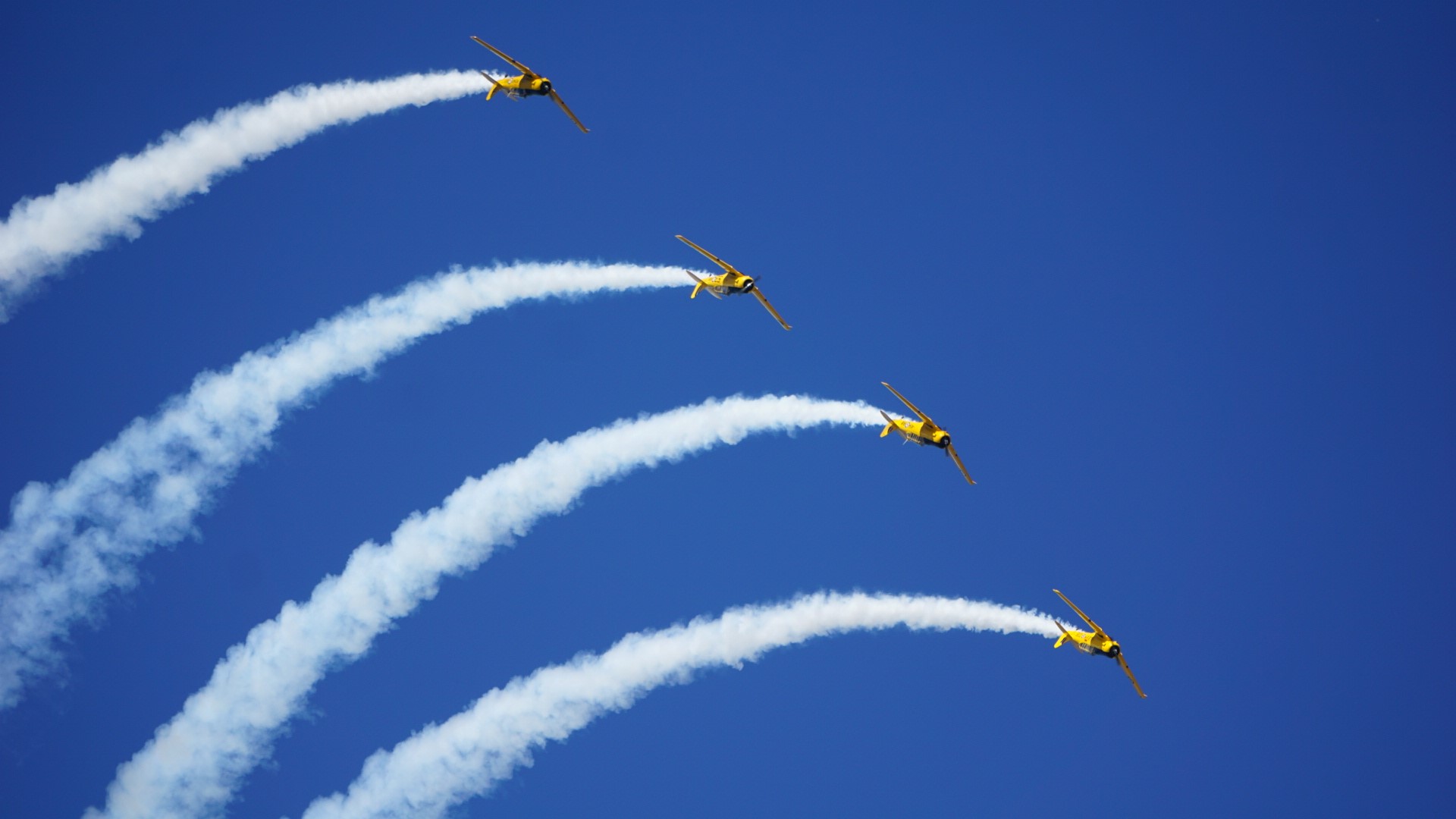 Gathering of Warbirds Meeting: The Gathering of Warbirds reunion will take place on May 21 at Madera Municipal Airport in California. The event is a fly-in and drive-in that educates attendees “on what it took to win World War II,” said event organizer Arnie Schweer. The event will feature a variety of unique warbirds, including a Republic P-47 Thunderbolt and several North American P-51 Mustangs. Schweer also said that “the event is combined with a classic car show so that people can not only watch the warbirds take off and land, but they can also see over 80 classic cars. You can’t beat that for 10 $. “

Ray Fagen Memorial Air Show: Each June, the Fagen Fighters WWII Museum hosts an impressive warbird-only air show and warbird flight event for the public and the aviation community at the Granite Falls / Lenzen-Roe-Fagen Municipal Airport. Memorial Field in Minnesota. The museum has a unique collection of flying warbirds, including two North American Mustang P-51s, a Lockheed P-38 Lightning, a Curtiss P-40 Warhawk, and even a Curtiss JN-4 Jenny. This year’s air show will be on June 18 with a rain date on June 19. Locals can enjoy the practice show on June 17, according to Evan Fagen.

Thunder over Michigan: the The Thunder Over Michigan Air Show takes place July 16-17 in Detroit, Michigan. The drive-through air show will feature dozens of iconic warbirds and even displays from the United States Navy Blue Angels. If you want to experience the history for yourself, consider purchasing a flying experience in the Yankee Air Museum’s Boeing B-17 Flying Fortress or the Bell UH-1H Huey during the event.

The Wings of the North AirExpo: The Wings of the North AirExpo will take place July 23-24 at the Flying Cloud Airport in Minneapolis. The event, which falls the weekend before EAA AirVenture, is the perfect gathering place for warbirds to stop before forming and taking off to Oshkosh, Wisconsin. In recent years, the AirExpo has hosted British fighters such as the Supermarine Spitfire and the Hawker Hurricane and even large American bombers like the North American B-25 Mitchell and the Boeing B-17 Flying Fortress. The event’s daily air show, pilots meet, seminars, US Air Force demonstrations and food court make the event a family-friendly event that showcases past foreign and US air power. and present.

EAA AirVenture Oshkosh: Perhaps the largest and most well-known warbird event occurs during the last full week of July each year at the Wittman Regional Airport in Oshkosh. The event, which the Experimental Aircraft Association has dubbed “the world’s greatest celebration of aviation”, is the perfect opportunity to watch, hear and even feel history. Whether you’re looking to get up close and personal with an elusive Hawker Sea Fury or a more common Cessna L-19 Bird Dog, hundreds of different warbirds can be spotted in the skies and on AirVenture grounds every summer.

Cascades air show: The Cascades Airshow will be held August 26-27 at Madras Municipal Airport in Madras, Oregon. The event will feature warbird and general aviation activities, including tours of the Erickson Aircraft Collection, which houses a variety of flying and static warbirds, including a Messerschmitt ME-109, a Martin AM-1 Mauler and a Grumman F8F Bearcat. Other activities include acrobatic performances, live music, and a car show.

Overview of warbirds: The twentieth annual Warbird Gathering will be held at the Warhawk Air Museum in Nampa, Idaho, on August 27-28. The two-day event features flyovers, food vendors, US Air Force demonstrations, a guest speaker and in, ”said Heather Moore of the Warhawk Air Museum. Participants are encouraged to visit the museum’s Facebook page to stay up to date on event plans.