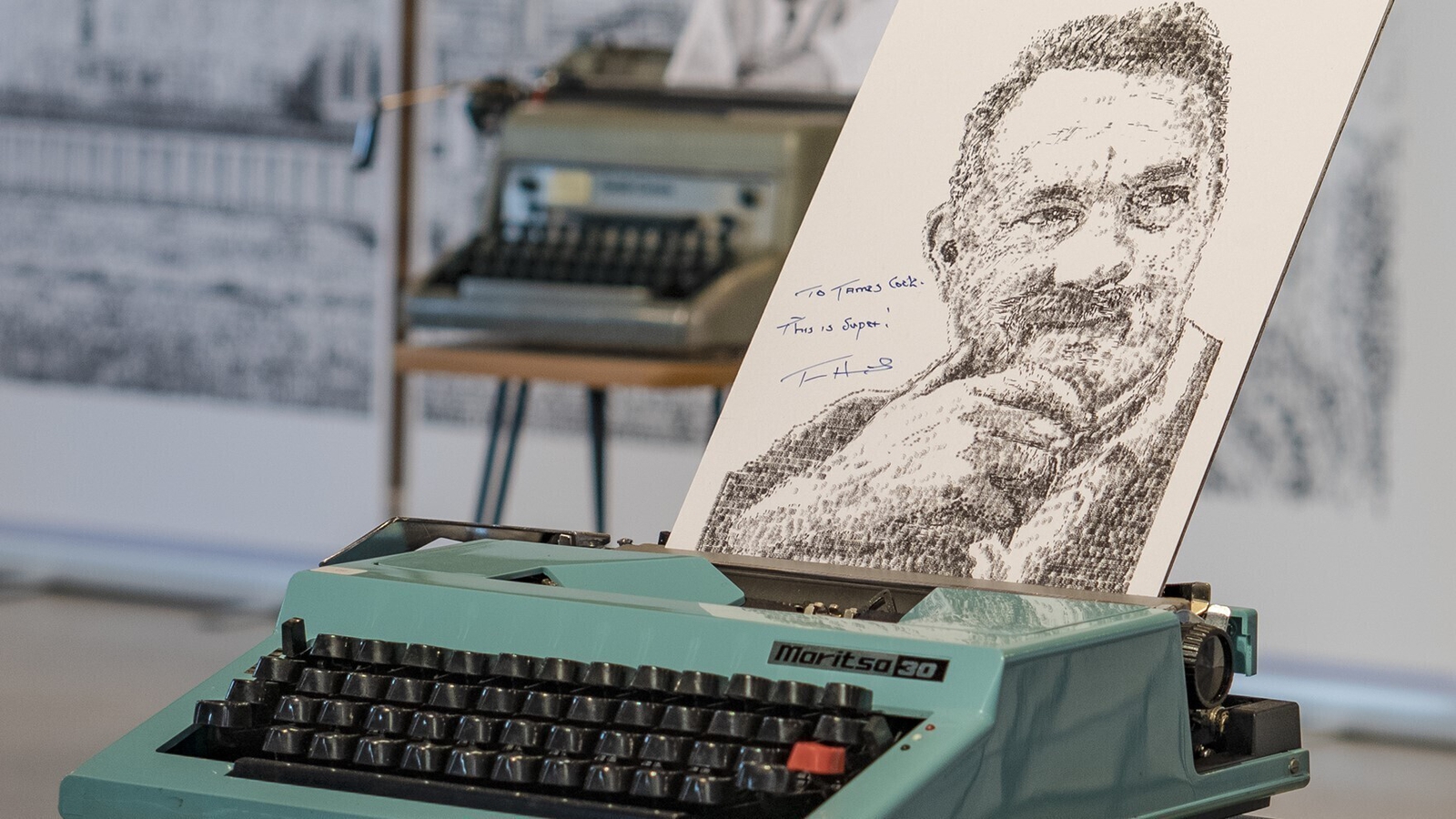 A British artist who used a typewriter to create a portrait of Tom Hanks says he was “blown away” when the artwork was signed by the actor.

Mr Cook sent a portrait of the Oscar-winning actor, who is another typewriter enthusiast, but admitted he ‘forgot about it’ until he received an unexpected letter in the post.

“I was on an American show called The Kelly Clarkson Show in November 2020 and I was asked to do a portrait and they would have to guess who the celebrity was,” Mr Cook told the PA news agency.

“Tom Hanks had been a guest on the show before and I said, ‘Do you know he collects typewriters?’ and they said they would have rescheduled his interview with mine if they had known.

All of these works were done on a TYPEWRITER 🤯 Architect James Cook creates intricate portraits of people, pets and places using only a typewriter and ink. Psst @blakeshelton do you recognize one? #What I like pic.twitter.com/zbHHTkDJia

“I thought I’d give it a shot and sent him the print of his portrait with a typed letter explaining my job, but after that I completely forgot.

“I was blown away when I received my print with his autograph and a short message.”

Mr Cook said he was inspired for his first attempt at the art of typing after discovering the work of American artist Paul Smith while researching for his A-level art.

Although he has been producing art since 2014, his early work consisted mainly of celebrity portraits and drawings of the cast of the BBC series. Doctor Whoand it wasn’t until January 2020 that he started to get noticed.

The architecture graduate has since gained more than 20,000 Instagram followers and produced 200 photos of celebrities, landscapes and musicians.

Mr Cook now creates his unusual artwork as a full-time job at his studio in Trinity Buoy Wharf, east London, where people can visit to see his work and view his collection from nearly 40 typewriters.

“I’ve only ever had to buy four typewriters and the rest, I think I now have close to 40, were given to me by people who heard of my work,” Ms. Cook.

“I was given a typewriter by a lady who worked at Buckingham Palace and she was the Queen’s private clerk.

“She told me she estimated she had written somewhere between 17,000 and 20,000 letters and when she retired she decided to take her typewriter as a parting gift.

“She saw my work and contacted me to give me her typewriter and I made a portrait of the Queen for her.”

On average, an A4 piece of art can take Mr Cook up to five days and the larger pieces are formed from small strips of paper put together.

Mr Cook’s upcoming exhibition from July 14 to August 17 at Moot Hall in Maldon, Essex, will feature the Queen’s portrait alongside artwork signed by Hanks.

“What’s really good about this job is that it’s not just the work that’s interesting, but also the stories behind the people who have a connection to typewriters,” Cook said.

We need your consent to load this YouTube contentWe use YouTube to manage additional content which may place cookies on your device and collect data about your activity. Please check their details and accept them to load the content.Manage preferences

“The slogan I use for my work is ‘a picture is worth a thousand words’ because each drawing is not only a random assortment of letters, numbers and punctuation marks put together into a puzzle, but I will also hide messages so that the viewer can find out when looking at the drawing closely.”