Chrisley knows best Star Todd Chrisley is facing a defamation lawsuit over podcast comments against a tax investigator, named Amy Doherty-Heinze. The lawsuit was filed Thursday (September 22) by Amy, claiming that Chrisley had “falsely and maliciously” accused her of criminal misconduct while investigating her tax evasion trial. Georgia Department of Revenue investigator Amy Doherty-Heinze has sued Todd Chrisley for libel over defamatory remarks he made on his popular podcast, “Chrisley Confession.” According to the lawsuit filed Thursday, September 22, Amy claims the ‘Chrisley Knows Best’ star accused her of criminal misconduct while investigating his infamous tax evasion lawsuit. She also prayed in front of the judge to prosecute the 53-year-old reality star in her place.

Amy’s lawsuit says that in his podcast episode (September 2021), Todd “maliciously and falsely” accused her of criminal misconduct. While mentioning her name twice, Savannah Chrisley’s father Todd called for her to be prosecuted for corruption and dishonesty.

Not only that, but Todd also used Amy’s name and “led a campaign against her to get her fired.” If you’re not aware, another defamation lawsuit filed against Chrisley by the same investigator has been ongoing for a year. Meanwhile, Todd and his wife Julie sued Amy in 2019 for “abuse of power” in their tax evasion case. 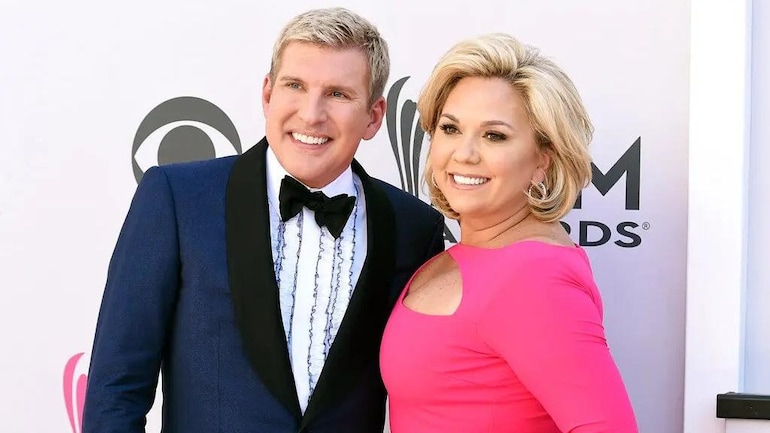 In June 2022, Todd and his wife, Julie Chrisley were convicted of “bank fraud and tax evasion”. They were originally indicted in August 2019 and February 2022 on said charges. The couple filed a joint motion for a new trial accusing the witness of lying during “their spring trial”.

FYI, in September 2019, the couple already settled charges of evading nearly $2 million in Georgia state taxes. Following an agreement, the duo pledged to pay $150,000 to the authorities. However, they pleaded “not guilty” to federal tax evasion charges.

For your information, another scandal occurred when Todd’s eldest daughter, Lindsie Chrisley, filed a police report in 2019, accusing Todd and Julie’s eldest child, Chase, of “wanting her to lie. about the incident,” and threatening to post an alleged sex tape of her. Todd ended the allegations, calling them “shameful and heartbreaking”.

During the trial, the prosecution argued that Julie and Todd submitted false documents when they requested multiple loads. In fact, Julie used doctored credit reports and bank statements to be able to own rent in California. Well, greed got the best of them. Todd was convicted of “conspiracy to commit bank fraud, conspiracy to defraud the United States, and tax evasion.” Julie, however, was found guilty of the same charges, including additional charges of wire fraud and obstruction of justice. The couple face up to 30 years in prison following the final hearing which took place on June 7, 2022. The two along with their accountant, Peter Tarantino, were found guilty by the jury of a number of misdemeanors taxes, including conspiracy to defraud the IRS. US Attorney Ryan K. Buchanan released a statement reading:

“The jury has found that Todd and Julie Chrisley engaged in multiple fraud schemes over several years and that their accountant, Peter Tarantino, filed false corporate tax returns on their behalf. This office and our partner agencies will continue to investigate. vigorously and prosecute white collar criminals who flout the law.

Special Agent in Charge of the FBI Atlanta, Keri Farley said after the verdict, “As today’s outcome shows, when you lie, cheat and steal, justice is blind to your fame, fortune and position. In the end, driven by greed, the guilty verdict of all charges for these three defendants proves once again that financial crimes do not pay. Todd and Julie got what they deserved, but yeah, there’s a long battle ahead.